Globally almost all 15 African-Eurasian Vultures are in decline, and the majority are listed as Critically Endangered. In Africa, more than 60% of the mortalities observed for this species have been attributed to poisonings. In the context of KwaZulu-Natal, South Africa, this is believed to be much higher. These species, along with Spotted Hyaenas, form an integral part of savanna ecosystems and are nature’s clean-up crew, removing rotting carcasses and disease from these systems. Not only does the use of poison have potentially life-threatening consequences for humans, but the indiscriminate destruction of vultures in this way is leading the species to extinction. In response our work aims to limit the destruction of these species from poisonings and support the persistence and coexistence of these species with humans.

It is imperative to both understand population trends and threats to endangered species such as Vultures and populations that are in decline such as Spotted Hyaenas and Leopards. To this end, Wildlife ACT, with its partners are strategically implementing actions to Conserve Natures Clean-Up Crew. They are upskilling, equipping, and employing members of key hotspot communities outside of protected areas, to better understand the presence and threats faced by these species. Simultaneously, the equipping of an Emergency Response Team is being done to respond timeously to information received from across our Zululand network to incidents of Human-Wildlife Conflict and threats to these species. 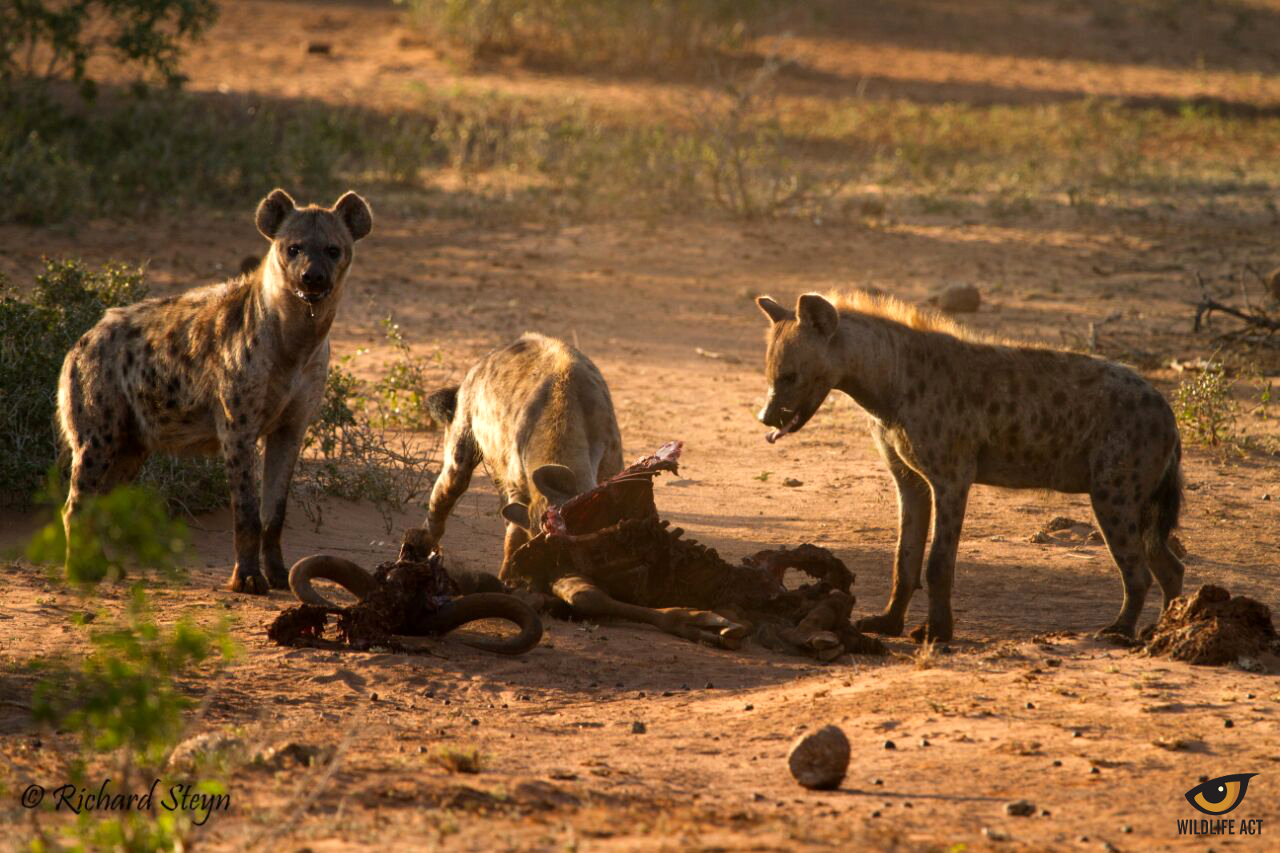